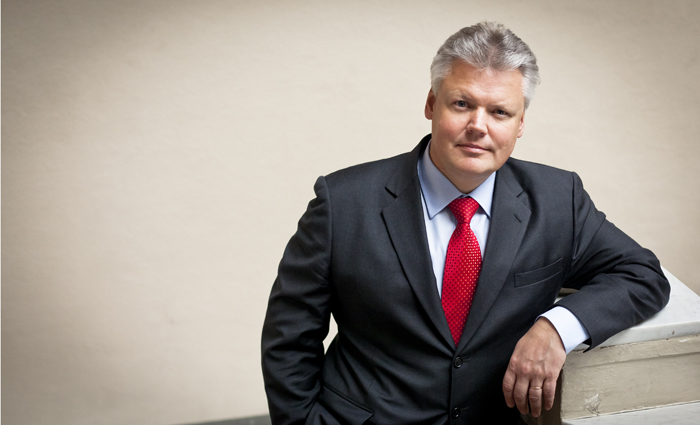 There has always been competition over who reacts fastest and whose voice carries furthest on the floor of the stock exchange.

– The speed of carrier pigeons was important in its day. Computerisation of simple trades is just one stage in a long evolution. The practice has spread rapidly because it makes sense both financially and technically.

Rosendahl points out that algorithmic trading has benefitted all parties, apart from traders that operate traditionally.

– With machines shaping the market and maintaining prices, for instance on the Helsinki Stock Exchange, the spread, i.e. the difference between sell and buy prices, has decreased over the last three years to less than half of what it was. For retail investors, this represents the largest single cost of trading, says Rosendahl, explaining this development.

– Market liquidity has also improved, both on the sell and buy sides, so that you can trade in OMXH25 company shares immediately, for 20,000–50,000 euros based on tight spreads, without the markets reacting. The Helsinki Stock Exchange has never been so effective. It is now almost a retail investor’s paradise.

One basic application of algorithmic trading is arbitrage trading, where price differences between the same shares are monitored in different trading venues: buy where the prices are lowest and sell where you can get slightly more for the shares.

– In a world of open stock exchange competition, with many trading venues, machine arbitrage is like the oil in a motor that ensures that prices are almost nearly the same everywhere.

A general, considerable efficiency increase in the market has lowered the earnings of both stock exchanges and brokers. This makes investors the biggest winners. Traditional arrangements have also changed in other ways.

– Today, all brokers can be equally fast because, at a reasonable price, we rent out server space in our data centre to anyone interested, based on exactly the same standardised connection speed to the stock exchange’s trading systems. Private investors can also become part of this. Some traders already offer them smart algorithmic strategies.

Rosendahl believes that this development is, to some extent, already culminating, because trading is extremely fast and efficient and costs are low.

– Of course, systems may become even faster, but there will be no further huge leap and, in any case, everyone can already enjoy the same speed advantage. However, algorithms are still certain to become more intelligent.

Rosendahl affirms that attempts at manipulation are monitored in the same way as before, but now over fractions of a second, with red warning lights flashing when necessary. Last year, 17 suspected market manipulations were reported to the Financial Supervisory Authority by the Helsinki Stock Exchange, six of these being related to fast HFT trading.

– Our job is to maintain equal and well organised trading. Effective supervision is an essential part of this. All transactions are stored in the trading system for a long time – including bids that do not result in trades – and this historical data is available to market supervisors.

At the beginning of May, new directives issued by the EU’s joint supervisory body, ESMA, will take effect. These will apply to all parties on the market In particular, they specify and standardise the procedures and supervision of algorithmic trading. Should supervision and legislation be developed even further to control algorithmic trading?

– Because trading venues monitor and supervise activities within their bounds, it is left to the supervisory authority to gain a general overview of all trading. Most European authorities have, however, publicly admitted that a more extensive and precise centralised pan-European overview is needed. This already exists in the US. In the EU, this would not necessarily be expensive, since many private players already collect and maintain an extensive historic database for developing their algorithms. Such a task should not be impossible for supervisory authorities either.