/ We updated our to-do list: What has changed in five years?

We updated our to-do list: What has changed in five years? 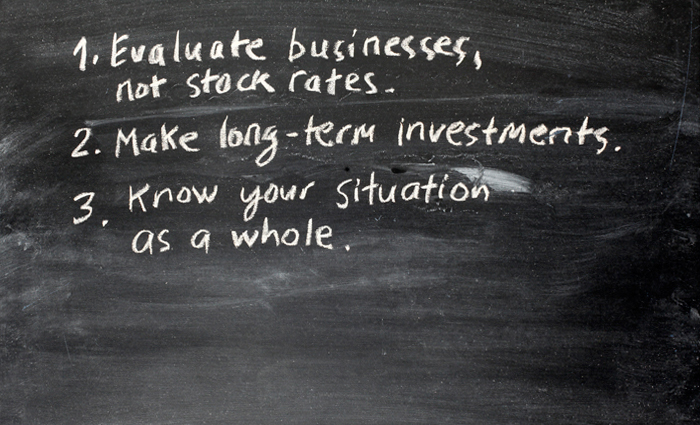 Henri Elo, Chief Analyst for Balance Consulting and a blog writer for Kauppalehti went through the five-year-old Shareholder’s to do list of the Finnish Foundation for Share Promotion. Elo has worked as a sales and analysis specialist in finance since 2000. He has helped to develop several analysis and value definition products for both listed and unlisted companies.

The previous to-do list was published in 2007, when there were no signs of the banking and currency crises to come, or of the structural changes in the Finnish technology industry. Even though the basic truths of the list remain unchanged, Elo wanted to slightly shift the emphasis of the list.

“The stock market is a place where companies seek to gain money and market quotations for their shares. It can be a much more complex surrounding for investors,” says Elo.

“The legendary investor Warren Buffett once said that investors should only buy something they’d be perfectly happy to hold if the market shut down for ten years. That is what my investment philosophy is about.”

Elo says that investors need to understand the businesses they invest in so as to be able to understand the source of stock profits. It makes you feel calmer, especially in the dark hours when everybody recommends that you sell.

“The important thing to remember is that the latest big stock market upswing began in March 2009, when the news was murky all over the world, including Europe and Finland. Of course, the upswing was followed by a steep plunge in the autumn of 2008.”

Growth in spite of turbulence

“These eight years accommodate the upswing in 2004–2007, the financial crisis, and the euro-zone crisis that strongly affected the stock market starting in 2011. Regardless of all the turbulence and strong annual shifts, this period has provided a decent profit for shares, considering dividends and the relatively moderate inflation.”

“The best shareholder profit was produced by Wärtsilä, Kone, Olvi, Panostaja, Nokian Renkaat, Metso, Nordic Aluminium and Ramirent, with an annual profit of no less than 20 percent. Nearly all companies adding good value to their shareholders have one thing in common: better than average profitability and growth for listed companies. The least profitable stock companies can be found in the electronics and forestry industries, both facing problems in the 21st century.”