Finnish venture capitalists have not been interested in going public as an exit strategy, at least not in the recent past. However, exit is necessary to make room for new investments. Going public ensures that the company will continue to grow under partial Finnish ownership. The owners of a company seeking stock exchange listing can also be households. In recent years, venture capitalists have been selling their holdings mainly to one another. Is going public a viable alternative? 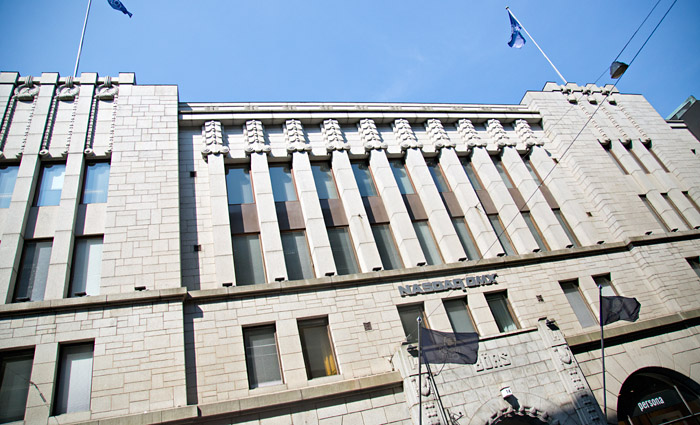 Minister of Economic Affairs Jan Vapaavuori, who is responsible for the financial market, fears that growth companies will face distress. With stricter capital adequacy requirements, banks are increasingly reluctant to grant high-risk loans. The new regulations favour companies that would qualify for funding in any case.

Growth companies create new jobs and economic growth. They are significant for the national economy, yet they suffer from the poorly functioning capital market in Finland, particularly its scarce liquidity.

During the financial crisis, listed companies benefited from the opportunity to seek additional capital through share issues. Investors have taken advantage of this opportunity, and have actively contributed to the funding of listed companies. Recent examples of share issues include Talvivaara, Componenta, Finnlines, Ixonos and Zeeland.

Venture capitalists are key providers of funding for growth companies. In addition to money, they bring expertise to numerous unlisted companies. Their goal is to develop the company and sell their holding at a profit. However, with no exit from present investments, there will eventually be no room for new ones. For this reason, a well-functioning exit market is essential.

– For the option of going public to remain viable, it should be used more often, says Sari Lounasmeri, President and CEO of the Finnish Foundation for Share Promotion.

Besides, selling to households could create new investment opportunities for venture capitalists. Potential buyers are often identified when the investment is made. Households could be interested in companies that do not attract industrial buyers.

In June 2013, the Ministry of Finance and Balance Consulting carried out a survey for companies on their willingness to go public. As expected, dividend tax was the key issue. Other problems included the cost of becoming and being listed, the scarcity of information and the desire of owners to maintain a controlling interest in a company.

Financial factors often speak against going public: investors or industrial buyers offer better prices. The reasons for this include low transaction volumes, which translate into a lack of liquidity. Trust is also an issue: the market is characterised by a distrust that prevents investors from paying the full price in initial public offerings.

According to Juha Peltola, Chairman of the Board of the Finnish Venture Capital Association, market trust is crucial.

– Listing often lags behind. Recognising the right time to go public is essential. Going public too early is a risk, says Peltola.

– In the other Nordic countries, venture capitalists bring companies to the stock exchange at a steady pace, which was the case in Finland in the 1990s as well. Today, Finnish venture capitalists have adopted green values and recycle companies by selling them to one another, says Lauri Rosendahl, Senior Vice President, NASDAQ OMX Helsinki.

Janne Lauha, Partner, Castrén & Snellman, compares going public to an acquisition: both involve plenty of paperwork and meetings, but the cost and duration of the processes are practically the same.

A little encouragement is needed

Juhana Vartiainen, Director General of the Government Institute for Economic Research, compares Finland with Sweden, a country with a liquid capital market. Unlike Sweden, Finland lacks small and mid-sized institutional investors. In addition, NASDAQ OMX Helsinki has a total market capitalisation of EUR 132 billion, of which 46% is under foreign ownership, as opposed to 28% in Sweden. Finland has 830,000 private investors, while Sweden has more than 2 million.

To improve liquidity, it is important to ensure a sufficient diversity of investors in the market. Mergers of pension companies have reduced the number of investors in Finland. In Sweden, significant mid-sized investors also include investment companies.

Small investors are important as well. Households can be encouraged through tax arrangements, for example. Sweden has introduced an investment account that allows investors to trade without tax consequences. Finland has long-term accounts for retirement savings that will be paid out at the age of 68. The same model could be used to encourage investors by amending regulations: investments in the account could be exempt from tax, which would be paid when the funds are withdrawn.

A well-functioning market has a sufficient number of investors and investment opportunities as well as an appropriate legislative framework. Finland has room for improvement in all of these respects.

Improvements in sight for the bond market

Up until now, the bond market has attracted only large companies, but improved liquidity is in sight. A working group headed by the Confederation of Finnish Industries is preparing to open the bond market for small and mid-sized companies. Serving as the anchor investor, Finnvera will invest in bonds issued by small and mid-sized companies. In addition, the successful First North bond market will be opened in Finland, creating new opportunities to seek capital.

In August, the Finnish Government published its structural policy programme. According to the programme, “to safeguard the availability of business financing, the creation of an SME bond market will be promoted and means explored to improve stock market operating conditions and lower the threshold for the listing of growth companies”. This clearly indicates that the government deems it important to promote the securities market. Both the public sector and market operators need to take action.